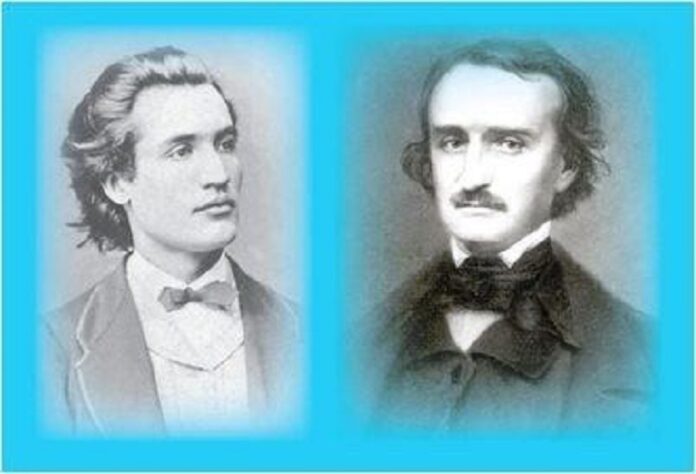 When BEATLES released ‘The Long And Winding Road’, they didn’t think the title could be a metaphor for the journey from the first edition (June 14, 2021) to the second edition (January 17, 2021). 2022) of the “Transatlantic Online Conference Eminescu Poe” / CTOEP /, organized by the Union of Professional Journalists of Romania (UZPR), at the initiative of the HESPERUS Cultural Foundation. 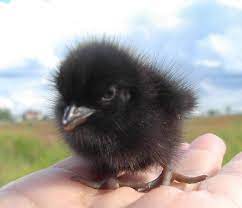 From now on, you will read, for several millennia, the stories of the new editions of the CTOEP, assuming that humanity on both sides of the Atlantic will be interested, year after year, from century to century and from millennium to millennium, in the CTOEP.

– (What is CTOEP ?, asks a baby crow, who did not get to learn to say NEVERMORE, which in Baudelaire’s time – the one who imposed Poe in Europe, translating him into French, because French was the language that prevailed in Europe in the
– “What is CTOEP?”, insists the baby crow and then I start, for a few minutes to explain…

The middle of 2021 was approaching (implicitly June 15, the day of the Eminescu’s death commemoration) and ‘the Eminescu Poe Transatlantic Project’ was not moving forward at all… The Professor Dr. Doru Scarlatescu, eminescologist from Iasi, had spoken at AL University. I. Cuza with the dean of…, who had enjoyed the initiative of this project, but also sent me the “side comments” of some…, who said that it is not possible unless the initiative was a…

Finally, Doru Dinu Glăvan, President of the Union of Professional Journalists in Romania (UZPR), who had long known my struggle for this project, told me one day: “Put the transatlantic project on paper, as you think it should be, add some guest names from the United States to join the project”.

Instantly, I gained momentum, I contacted, I sent the guests the request to confirm the participation, I gave the answers to President Doru Dinu Glăvan.

Suddenly, everything was clear, we still needed a translator for the English language, a day before the start of the first edition of the Conference, Doru came up with the solution of inviting Mr. Zorin Diaconescu.

”It was many, many years ago”, said Poe.
“It was like a fairy tale once”, Eminescu said.

About the first edition we reported at that time in ‘Mangalia News’ (the media partner of this project, from the beginning), now we are going to talk about the second edition, which took place on Monday, January 17, 2022… Meanwhile Doru Dinu Glăvan, President of UZPR, is no longer with us… (God rest him!), But “The conference must go on”, says Daniela, she has an extraordinary initiative, at the end of the second edition of Conference.

The second edition of the Eminescu-Poe Transatlantic Online Conference was eagerly awaited by participants, and was well-attended by journalists, but we were also honored by the presence on Zoom of ICR New York Director Dorian Branea. The moderator of the event was Prof. univ. Dr. Daniela Gîfu (U.Z.P.R.). assisted by Mr Zorin Diaconescu, as a translator. The conference began, according to tradition, with the intervention of Father Prof. univ. Dr. Theodor Damian, who spoke about (and introduced us to) the bilingual magazine Lumină Lină – Gracious Light, published under the auspices of the Romanian Institute of Orthodox Theology and Spirituality, New York.

The university professor Dr. Robert Tally Jr. (Texas State University), one of the best American critics, spoke about the original vision of Poe in his book ‘Poe and the Subversion of American Literature’. Professor Robert T. Tally Jr. argues that Edgar Allan Poe is best understood, not merely as a talented artist, but primarily as a practical joker who employs satire and fantasy to poke fun at an emerging nationalist discourse circulating in the United States ‘/, and Prof. Dr. Ioan Iacob, President of the HESPERUS Cultural Foundation, the initiator of this Transatlantic Eminescu – Poe Conference, organized by UZPR, entered into a dialogue with Prof. univ. Dr. Robert Tally Jr., emphasizing that, at the other end of the Transatlantic Poetic Arc: Mihai Eminescu – Edgar Allan Poe, Eminescu had taken the same step of undermining the slippage of value overbidding of domestic productions in his articles and, mainly, in ‘Epigonii’/’The Epigones’/.

Remarkable interventions had His Excellency Mr. Călin Humă, Honorary Consul of Romania at Winchester, Great Britain (who addressed the issue of cultural diplomacy in the context of promoting Eminescu as an exponential value of Romanian spirituality and Romania, mentioning the necessary translation of the book that generated ‘The Transatlantic Eminescu Poe Project’ (of which the current Transatlantic Online Conference is part), journalist and poet Miron Manega, UZPR spokesman, who ended his speech about Eminescu with a special poem, a tribute to Poe and Eminescu.

Also recorded on video (like that of Miron Manega) was Prof. univ. Dr. Amy Branam Armiento, President of the Poe Studies Association (USA), it was her first participattioon in the Eminescu-Poe Transatlantic Online Conference; she stated in a previous e-mail that she was “in love with the coincidences between Eminescu and Poe”. We specify that these were the first official statements in American literature regarding the relationship between Eminescu and Poe.

As in the previous edition, the end belonged to the University Professor. Dr. Robert Tally Jr., who read a sonnet from Poe’s lyrics. In the last seconds of the transatlantic online meeting, under the astral sign of the coincidences between the two geniuses that can transform the Atlantic from a space that separates into one that unites, Prof. univ. Dr. Daniela Gîfu, the moderator of the event, had an extraordinary initiative. He called on Professor Robert Tally Jr. to involve his students in future editions of the Transatlantic Conference, in order to provide an opening and extension to the university environment in the United States and, reciprocally, to that in Romania and in Europe. The call was echoed “across the Atlantic”, with Professor Robert Tally Jr. in favor of such a move among American students across the Atlantic.
Ioan Iacob.