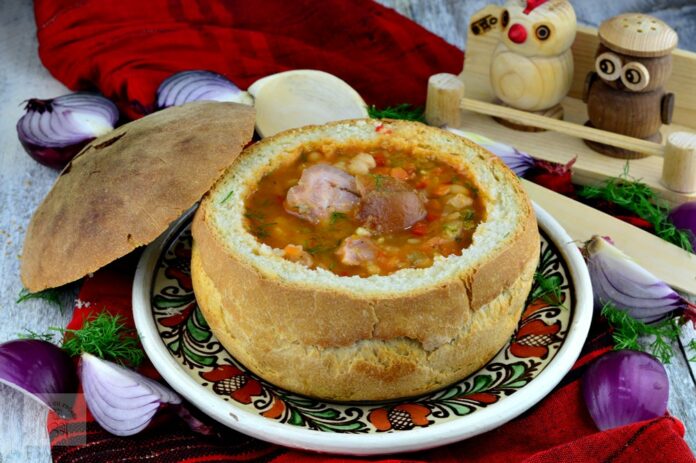 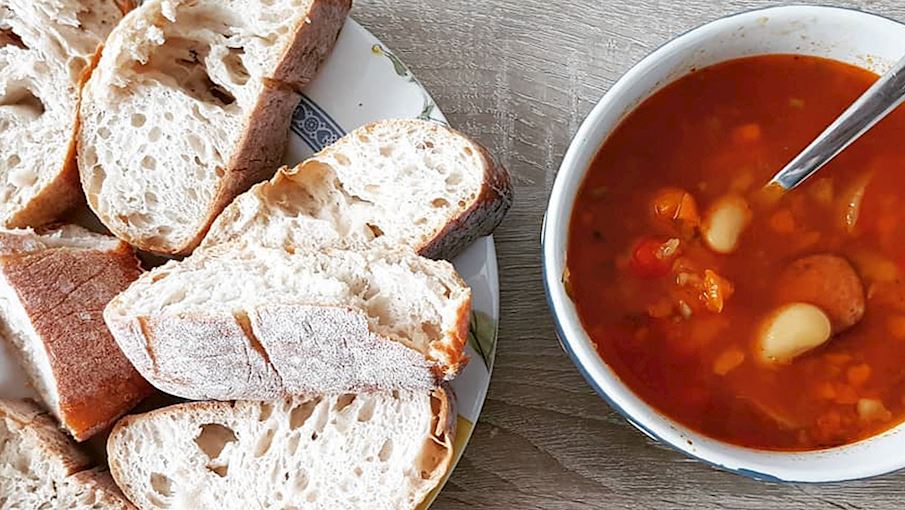 Rich and smoky, this white bean soup with smoked meat is a staple in most Romanian households. It consists of boiled dry white beans enriched with chunks of smoked meat such as pork knuckles or ribs, ham, or bacon, as well as root vegetables. Typical vegetables include celery root, onions, parsley roots, carrots, and bell peppers. The soup is traditionally seasoned with either celery leaves and parsley, lovage, or tarragon. Warm and filling, the soup is perfect for the winter season. It is typically consumed with a salad of red onions, pickled chilis, and slices of fresh bread or thick polenta. MORE ABOUT CIORBĂ DE FASOLE CU AFUMĂTURĂ. 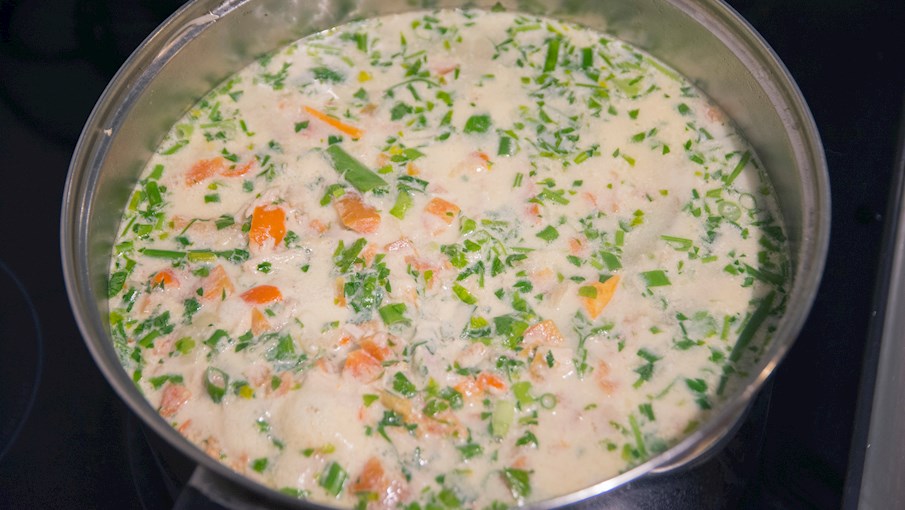 Ciorba Radauteana is a traditional Romanian soup. It’s made with a combination of chicken, onions, sweet red pepper, celery, carrots, lemon juice, garlic, parsley, and sour cream. The ingredients are simmered over medium heat until the meat and the vegetables become tender. The soup is quite sour due to the addition of lemon juice. In Romania, ciorba Radauteana is especially prized for being a hangover cure and having healing properties – it’s often used as a remedy for common cold symptoms. MORE ABOUT CIORBA RADAUTEANA. 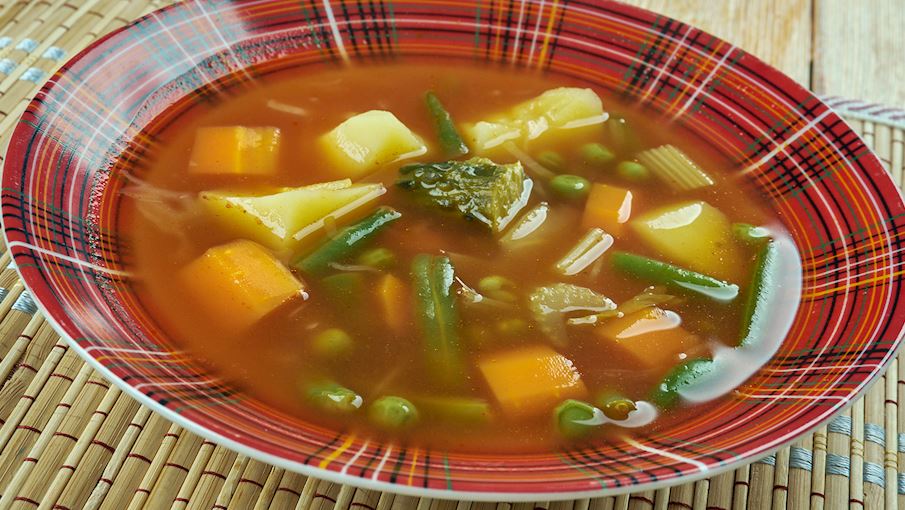 Ciorbă de legume is a Romanian sour soup made with a combination of vegetables such as green or dry beans, peas, onions, carrots, potatoes, tomatoes, and borş (wheat or barley bran fermented in water). The ingredients for this refreshing dish are boiled together and seasoned with a pinch of salt, bay leaves, ground pepper, and generous quantities of borş.
Depending on the season, zucchinis, kohlrabis, bell peppers, or even cabbage can be added to the dish. For extra texture, sour cream or noodles can also be added to ciorbă de legume. This main dish can be enjoyed both hot or cold with onions or leeks. MORE ABOUT CIORBĂ DE LEGUME. 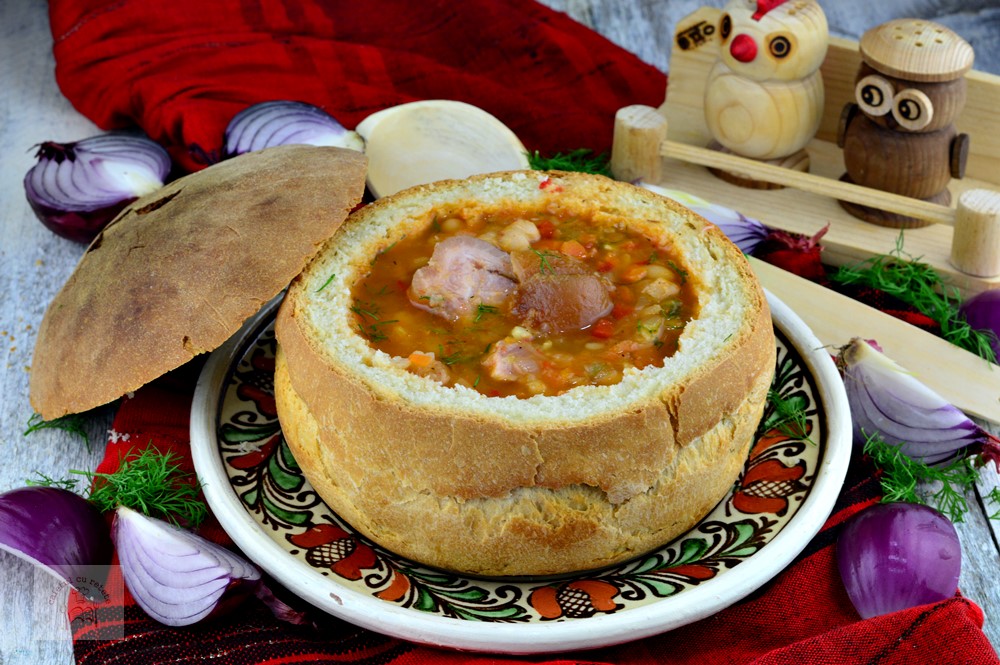